Throughout his career has provided pro bono legal representation to low-income clients, through the Alameda County Bar Association’s Volunteer Legal Services Program (VLSP), the Aids Legal Referral Program, and since 2008, through the Bar Association of San Francisco’s (BASF) Justice and Diversity Center, and its Federal Pro Bono Project.

He is a recipient of the State Bar of California’s Wiley Manuel Award for pro bono services. 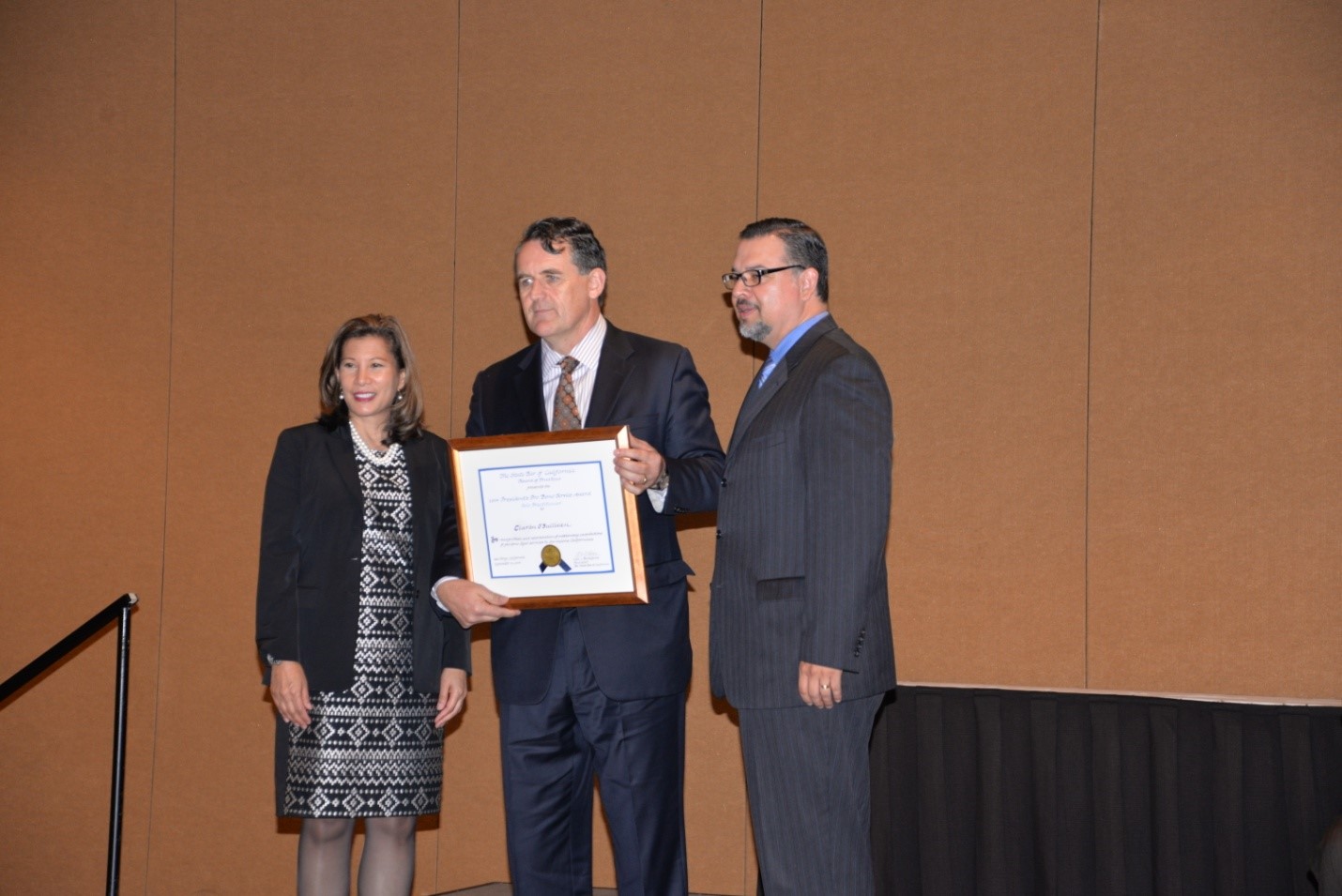 As a senior member of the Executive Committee of the CLA’s Trusts and Estates section, and as chairman of its Incapacity and Litigation committees, Ciarán has been called upon to engage with legislators and interest groups to shape pending legislation that affects Trusts and Estates lawyers and their clients.

Assembly Bill 1160 (2013).  AB 1160 amended Probate Code section 11704 to circumscribe the ability of an estate personal representative to take sides in heirship determination litigation.  After approval by the Assembly and Senate, Governor Brown signed the bill in 2013, and it has been on the statute books of California as Probate Code section 11704, subdivision (b), since January 1, 2014.

Assembly Bill 548.  AB 548, which was co-authored by Ciarán and colleague James Lamping of TEXCOM, made it possible for non-resident estate heirs to have a say in the appointment by the court of estate representatives.  Under prior law non-residents had no say in who administered those estates, even if they were the sole heirs.  AB 548 amended Probate Code section 8465, effective January 1, 2016.