Ciarán O’Sullivan has been litigating on behalf of individuals and entities in the trial and appellate courts of California since 1998.  He began his career in the Trusts and Estates and Business Litigation departments of the firm then known as Crosby, Heafey, Roach & May, PC (including after its merger with Reed Smith LLP).  Ciarán spent more than a decade in Big Law, including at the San Francisco office of Nossaman LLP, before opening his own firm.  While he has represented corporate and governmental interests at various times, the primary focus of his practice has been Trusts and Estates law.

Ciarán is currently serving a six-year term on the Executive Committee of the California Lawyers Association’s Trusts and Estates section (“TEXCOM”).  He is the Chairman of TEXCOM’s Litigation Committee.  He was the editor of the section’s New Case Alerts from 2017 to 2021.  He is a frequent speaker on topics of interest to Trusts and Estates practitioners, and has authored numerous articles in the Trusts and Estates Quarterly and the Daily Journal, concerning trial and appellate procedure as it relates to Trusts and Estates litigation, as well as developments in the law.

He was the co-chair of the Bar Association of San Francisco’s Trusts and Estates Litigation section from 2008 to 2013.

Ciarán received his law degree from the University of California, Hastings College of the Law, in 1998.  A native of Cork City, Ireland, he received his undergraduate degree from University College Dublin, in Dublin, Ireland.  Before moving to the United States Ciarán worked as a management accountant for an industrial consortium in Dublin.  For eight years prior to attending law school Ciarán worked in the legal services and support industry in San Francisco.

Ciarán lives in San Francisco with his wife and son. 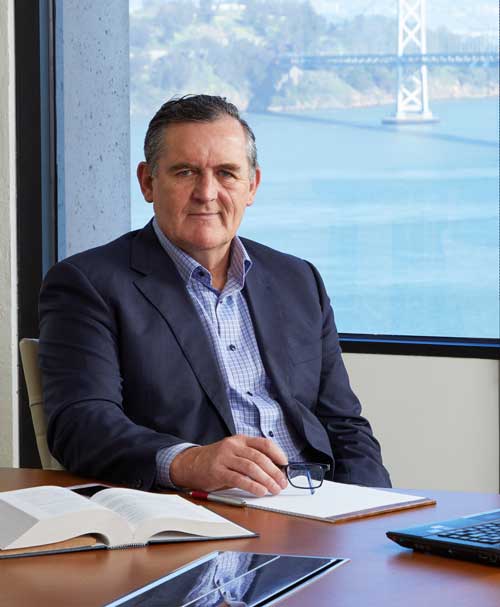 The Law Office of Ciarán O’Sullivan